Why I chose to freeze my eggs 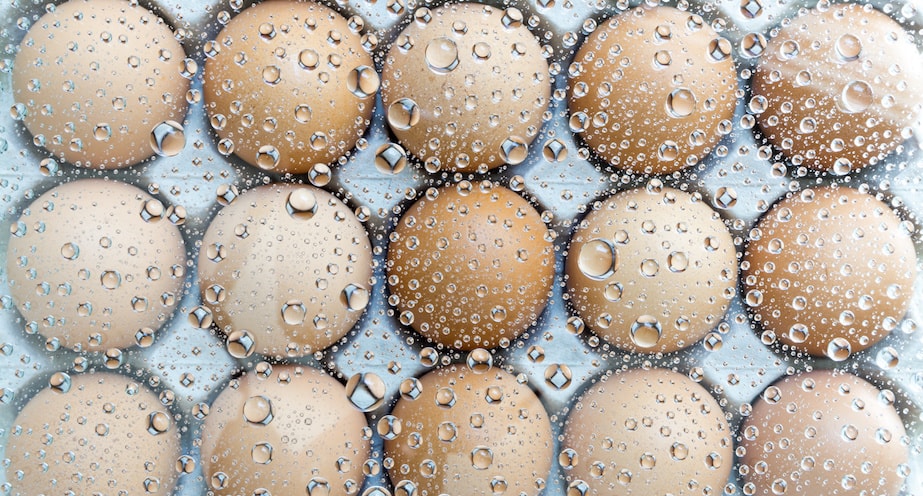 I was twenty five when an endocrinologist in London suggested I should have children before turning thirty. Halfway through a four-year working holiday, starting a family was not on my (or my boyfriend’s) radar at the time.

The endo’s advice followed a diagnosis of Hashimoto’s, an autoimmune condition whereby the immune system attacks the thyroid. It’s common and known for its deliberating systems. Those who have it (mostly women) carry a greater chance of miscarriage and are at higher risk of early menopause.

I’d been sick for nearly a year, undiagnosed, as the symptoms caused havoc to my body but tests failed to provide answers. Once I discovered the underlying cause, I was grateful for an answer, I didn’t dwell on the diagnosis or think about what it meant for my future fertility.

The years passed and boyfriends came and went. I watched my friends get married and start their families. I was happy for them and didn’t think for a second that I was missing out, I simply just hadn’t met ‘the one’.

I’d learnt to manage my illness and at thirty-six, I felt the best I had in years. I didn’t have a deep yearning to be a mother but I also hadn’t discounted it.

Earlier this year, a girlfriend confided in me that she had chosen to freeze her eggs. She had recently come out of a relationship. We were of a similar age but unlike me she knew she wanted children in the future. She got me thinking. Motherhood may not be something that was on my radar right now, but did I really want to lose the choice? No, I didn’t.

So I took action. From talking to my girlfriend, I knew the first step was to visit my GP and ask for an AMH (Anti-Mullerian Hormone) test. This is a test, which can give you an indication of your ovarian reserve (how many eggs you have left).

The conversation I’d had with that endo ten years earlier was always in the back of my mind so I wasn’t all that surprised by my results. My AMH level was 5 placing me in the 10th percentile, which was low. The way my GP explained it to me was that 90% of women my age had a greater ovarian reserve than me. As she explained my results, she reassured me that I had plenty of time to meet someone. I shouldn’t rush into anything or make any hasty decisions.

However, my mind was made up. It was now or never. I started to make enquiries and was recommended a specialist at Monash IVF. I also started seeing Amanda at Angea for regular acupuncture sessions. I tried to research as much as possible about egg quality. I may not have a large number of eggs but I was committed to making sure the ones I did have were the best they could possibly be. I spent three to four months working with Amanda to regulate my menstrual cycle and improve my egg quality by regular acupuncture sessions, herbs and supplements.

I had to get a loan from the bank, which wasn’t ideal, but I like to think of it as an eggcelent ‘insurance policy’. Thankfully I qualified for medical freezing which brought the cost down a little.

I also cleaned up my diet. I had already sworn off alcohol, which helped but I also cut out coffee, grains, dairy and sugar in the lead up.

Come August I let my specialist know that I was ready to start my first cycle.

I was scared, nervous and excited when it came to injecting my first follicle stimulating drug. I watched YouTube videos a hundred times over before I took the plunge but as soon as the first jab was done, I breathed a sigh of relief. It was easier than I thought, and it didn’t hurt. I had this.

I soon added a second IVF drug to my regime so I was injecting morning and night. I completed ten days of injections in total.

On the ninth day, I was called in for an ultrasound and blood test to see how my follicles were responding to treatment. I knew from an earlier ultrasound, that I had eleven follicles in total. With that in mind, my IVF specialist said that he’d hope to collect five to eight eggs. He’d also advised that freezing twenty eggs would give me a good chance to produce one single pregnancy. Given my age and AMH, I’d likely need three cycles to achieve this.

I was a little disappointed to learn that only five follicles had responded to treatment. One was likely to be a dud (there is another, more medical term for it), which meant that four eggs was the best result I could wish for. There are never any guarantees and I know that from the eggs collected, it was likely that not all would mature and make it to freezing.

I was given the choice to cancel the procedure and to meet with the specialist to discuss my treatment plan before trying again. That probably would have been the sensible thing to do, to adjust my dosage in the hope that I responded better next time.

But I decided to continue. I was confident that the pre-work I had done meant that the eggs collected would be of good enough quality for freezing and that I could meet with the specialist before my second cycle to adjust where necessary in the hope I collected more next time.

I’m glad I did. Four eggs were collected in total, three of which were frozen.

I was a little sore post-procedure, but more than anything I’m glad I made the decision when I did, rather than waiting until I met ‘the one’ or I was in my early forties and deciding I wanted to try for a baby.

Hindsight is a wonderful thing and I wish I had of done it after meeting with that doctor in my mid-twenties, but I didn’t know enough about fertility for it to be on my radar. I wish more women did. I turn 37 this week. While I still have a few more cycles to go, I’m proud of myself for taking control of my future and I look forward to getting back on the dating scene without the thought of my diminishing fertility hanging over my head.

Hopefully I never have to call upon my frozen family, but if I do, I know I did everything I could to ensure they were the best they could possibly be.