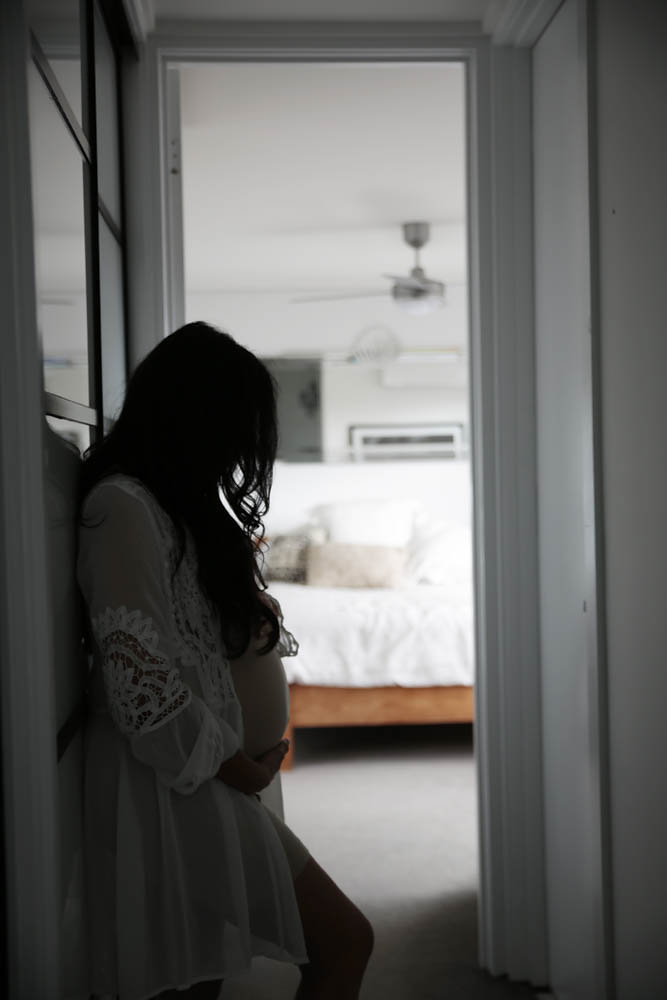 My fertility journey started quite some time ago at the start of 2014. My husband and I had just started “trying” and fell pregnant pretty quickly but miscarried very early on in what appeared to have been a chemical pregnancy. Being the impatient person that I am I decided to start looking into our fertility a little more and with that decided to try acupuncture which I had heard was very good for all things down there. Well impatience turned into patience as it began a long journey to where we are now today.

Amanda, in her beautiful caring way, taught me so much about my body and fertility and what our potential challenges were. On paper my husband and I looked great, he had super sperm and I was young and healthy with regular periods. Month after month of ‘trying’ and nothing was happening, it was then that Amanda suggested Natural Killer Cells as a possible cause and suggested I make an appointment with Dr Nick Lolatgis who was the expert in this area. Well thank goodness she did as it turned out that in fact I had high NK cells that could have been causing implantation failure.

And so began our IVF journey which takes us to the start of 2015. We launched into our first IVF cycle with Dr Nick and by January we got that beautiful positive test result. I remember Amanda was the first person I called, seeing her weekly for acupuncture as well as pre and post transfer treatments had definitely helped in the process and through our weekly sessions we had also formed a friendship and she instantly shared in our joy. Unfortunately that joy was short lived and 9 weeks later we found that we had lost the baby due to a chromosomal abnormality. With a few eggs still on ice by July we were pregnant again and once again it resulted in miscarriage – another chromosomal abnormality. With all of this information we could now assume that there was an issue with the quality of my eggs and with Amanda we started on a natural regime which included acupuncture as well as herbs, vitamins, diet and yoga.

Unfortunately our challenges were not over. Our next IVF cycle which was to include genetic testing resulted in no viable embryos that made it to the testing phase. We were shattered but as Dr Nick and Amanda both said, one bad cycle does not mean all future cycles would be bad. So we prepared ourselves mentally to go again.

In January 2015 I underwent stem cell therapy whereby stem cells from my blood were injected into my ovaries to give them a boost something new that Dr Nick was trialing. We went through to our next IVF cycle and finally had a golden egg – a genetically tested chromosomally normal embryo. With all we had been through we decided to do one more cycle to hopefully get a few more of those golden eggs. It was on the day that I was meant to start the hormone injections that to our absolute shock I found out I was pregnant – naturally!

Shock is an understatement and so began a long and nervous 9 months. Through all of this I was supported by Amanda with weekly acupuncture for the first trimester, going to monthly and then through to induction treatments and we welcomed our beautiful baby boy Oliver into the world in December 2017.

Oliver is a little champion and I knew that I wanted to have more children, being a mother is the most important and fulfilling role I have ever had. I always planned to breastfeed Oli until he was 12 months old and when my period returned when he was 7 months old I didn’t think I could get pregnant as it was really irregular. At the start of October we made a visit to Dr Nick just to start the conversation around trying again in the new year, perhaps Oli was a lucky blessing but trying for #2 might not be as easy and we may have to get back on that mouse wheel of ‘trying’.

To our absolute shock later that same month after holiday in Noosa I found out I was pregnant! Oliver had a little brother Darcy join him in June 2018. We don’t for one moment take the family we have created for granted, we are well aware that it’s not so easy for some and we have definitely ‘been there, done that’.

Throughout my ‘trying’ days I always had a holistic approach to treating my fertility and I’m grateful that I had found Amanda early on in my journey as there is so much that you just don’t know before you start trying to conceive. Amanda was there through it all and I can’t thank her enough for what she did for me as both a doctor and friend. The knowledge she shares, the community she has created, the care and compassion she displays everyday is inspirational and I watch her proudly as she continues to expand and continually help others.