Drink Bone Broth, its Soul Food for your Gut and your Fertility. 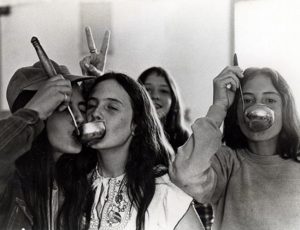 Everyone is talking about Bone Broth! What is it? How can it improve my health?  How can it help my fertility? I wanted to talk to Mel from Functional Nutrition about Bone broth and the benefits for gut health and enhancing our fertility. This is what Mel had to say!

Drink your broth, its soul food for your gut and your fertility…

Bone broth or as I like to call it ‘soul food’ has traditionally been used for healing many ailments and was a staple in times of sickness. Somewhere along the way we have lost the art of making this nourishing, wholesome dish. Sally Fallon Morell from The Western A Price Foundation is the Oracle of all things bone broth and says ‘it was probably the first functional food’. Bone broth could be called an adaptogenic food or smart food, because when consumed the beneficial properties go to the parts of the body that need it the most.

So what exactly is this soul food?

Bone broth is made from bones with some meat still attached, also cartilage and ligaments. Bone broths are best simmered for 24-48 hours to extract as many nutrients and minerals as possible. Adding apple cider vinegar helps leach more minerals out of the cartilage rich bones. Adding some vegetables, spices and herbs adds flavor. All this gets broken down into collagen, and then further into a substance called gelatin. When ingested the gelatin is able to re-mineralise the body particularly with calcium, magnesium and phosphorus.

What’s the link between Gut Health and Fertility?

We now know your overall health is dependant on the health of your intestinal tract and microbiota so invariably ones fertility. In the modern world many people have poor gut health due to processed foods, pesticides on produce,

chemical overload and stressful lives. The intestinal wall becomes permeable when the tight junctions are irritated by inflammatory foods and toxins that loosen them up, allowing foreign particles into the bloodstream. This can create havoc on the body and increase the stress load, increasing oxidation of cells and overloading the liver, causing it to become congested.

When the body is in a state of chronic stress this can disrupt the cortisol pattern, which in turn can have an affect on other hormones including the sex hormones. When talking about fertility we want these hormones in balance to provide the best opportunity to be able to conceive.

So what is it about bone broth or gelatin that can help with all this? Lets dive a bit deeper…

I am just about to embark on having a stool sample test with Mel. I am intrigued to find out how my gut and intestinal health is performing. I will let you all know how it goes.

Enjoy your journey of Bone Broth!  There is something special about cooking broth. It is a labour of love. When you take that first sip, it is so soothing, nurturing and nourishing. Our Soul knows whats good for it!